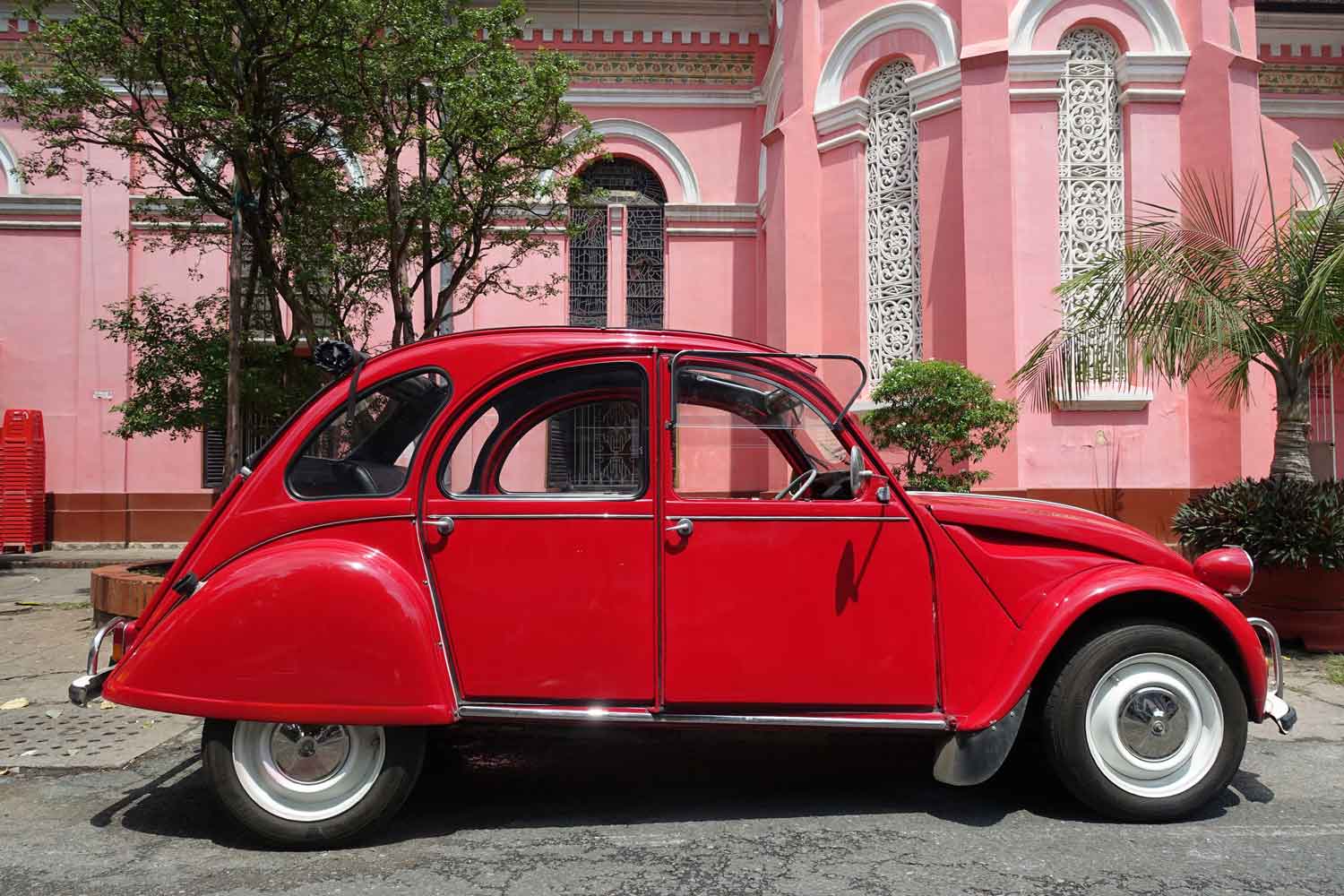 Short history of the 2CV

The first Citroën 2CVs were conceived in the mid 1930’s but their launch was postponed because the Second World War broke out in 1939.

At the time Citroën & Michelin companies had quite precise requirements to create this small car: the vehicle must be basic and comfortable, affordable by the greatest number, should be “non pricey” and capable of transporting four people and their luggage on all types of grounds. It must go at 50km / hour, should consume only 3 liters per hundred km, and should “be comfortable enough to carry a basket of eggs in a plowed field without breaking one.”

In October 1948 the Citroën 2 CV was presented for the first time to the French public. Designed in the post-war years in order to be an economical car without any aesthetic consideration, it was first disliked by the public because of its appearance but soon became really appealing thanks to its convenience, outstanding suspensions and price.

The 2 CV became the most popular French car with a reputation to go everywhere and in all weather. As a real French symbol, it represented a certain lifestyle, mixing sense of humor, youth, coolness and tight budget!

When the last car was produced in a Portuguese factory at the end of July 1990, more than five million 2CV had already sold worldwide!

It remains a legendary car and is still very popular in many countries. Nowadays we can still see some 2 CV on the streets of Southern Vietnam, including those in which you will ride to discover the city!

To get a glimpse at the 2CV history, have a look at this animated movie made by Arte.

BACK TO MAIN MENU
DISCOVER OUR URBAN TALES TOURS